We have localized the electronic materials industry with our advanced technology 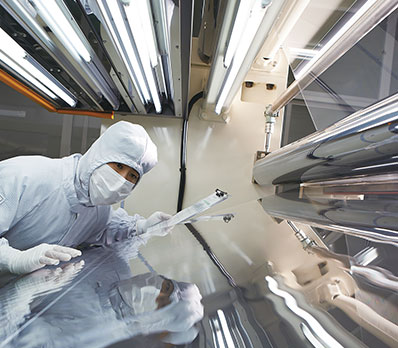 Optical Film PU independently develops and produces tri-acetyl cellulose(TAC) film which protects the PVA polarizing film inside LCD polarizers, which are fitted into TVs, monitors, laptops, etc. Since establishing a plant for producing TAC film for LCDs in Ulsan, we have been producing TAC film, which is unprecedented in South Korea. In addition, thanks to our TAC plant 2 which was established in Oksan in 2013, we now boast an annual production capacity of 110 million square meters. We are increasing the sales of our products by entering the Chinese market, which is recently emerging as the largest display market in the world. Moreover, in keeping with technological developments in the electronic materials industry, we are also developing new films based on TAC film technology, expanding into various optical film markets.

Overview of TAC film for LCDs 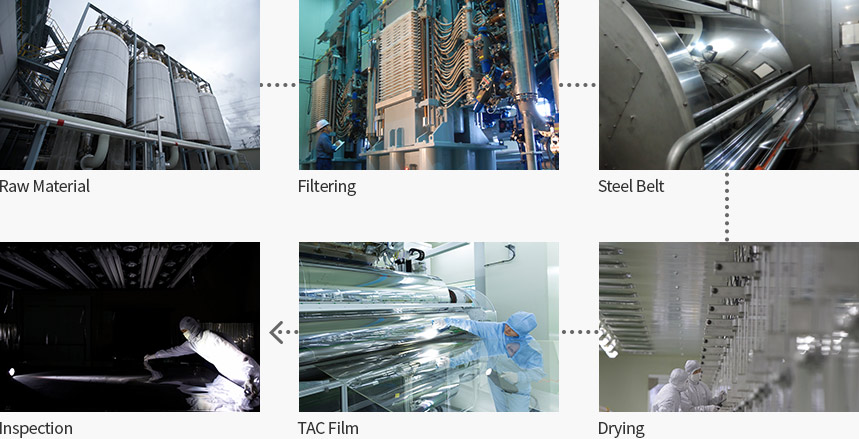 ※ We will be sure to get back to you at the earliest possible moment after our manager reviews your inquiry.